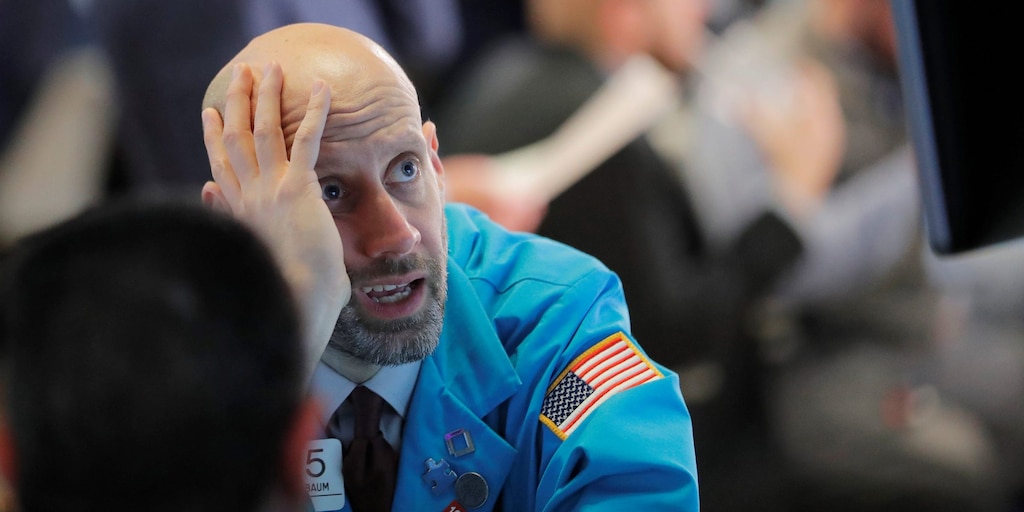 Investors fled Amarin on Wednesday amid a court appeal hearing related to its invalidated patents for its key heart drug, Vascepa.

Vascepa is a heart drug that is made up of fish oil. The drug received FDA approval to reduce the risk of stroke in patients in late 2018, and since then analysts have expected Vascepa to become a blockbuster drug with more than $1 billion in sales.

But a lawsuit that invalidated Amarin’s Vascepa patents threw a wrench into those analyst projections.

In March, Amarin lost a key court battle with generic drug manufacturers who argued they should be allowed to begin selling a generic version of Vascepa due to invalid patents.

The court agreed with the generic companies, paving the way for Amarin’s multi-year exclusive selling window to vanish overnight.

Today, the court held an appeal hearing related to the case.

Read more: A $7 billion fund manager breaks down why the perfect storm is brewing for investors’ most-loved stocks as the election nears — and shares 4 trades to capitalize on their downfall

According to Stifel, the hearing was “incrementally negative” for Amarin and gave no confidence that Amarin will prevail in the trial. Stifel noted that the hearing lasted just 20 minutes, one of the 3 judges remained silent throughout the hearing, and no questions were asked to counsel representing the generic drug companies.

“Our take is that Judge Dyk is likely to rule against Amarin – which is consistent with our consultant feedback,” Stifel noted, adding that its too tough to make a call on how the two other judges will rule.

A final decision in the patent case is expected in the fourth quarter of 2020 or early 2021, Stifel said. The firm expects Amarin to surge 299% from Wednesday’s low to $20 if it prevails in the appeal case.

Read more: ‘You can make 5, 10, 50x your money’: Here’s an inside look at the 7-part strategy small-stock expert Ian Cassel is using to unearth the market’s most overlooked gems

But if Amarin loses the appeal, Stifel said shares could sink another 20% to $4 per share.

Despite the legal overhang for Vascepa, Amarin has managed to steadily build up sales of the drug. In its latest quarter, Vascepa recorded sales of $135.3 million, representing year-over-year growth of 34%.

“We would not be buying shares here,” Stifel concluded. The firm has a Hold rating on the stock and an $8 price target.

Shares of Amarin are down 62% year-to-date.

Read more: Morgan Stanley lays out the evidence that a lasting recovery is still well underway — and shares ‘one of the best’ remaining trades to profit from it 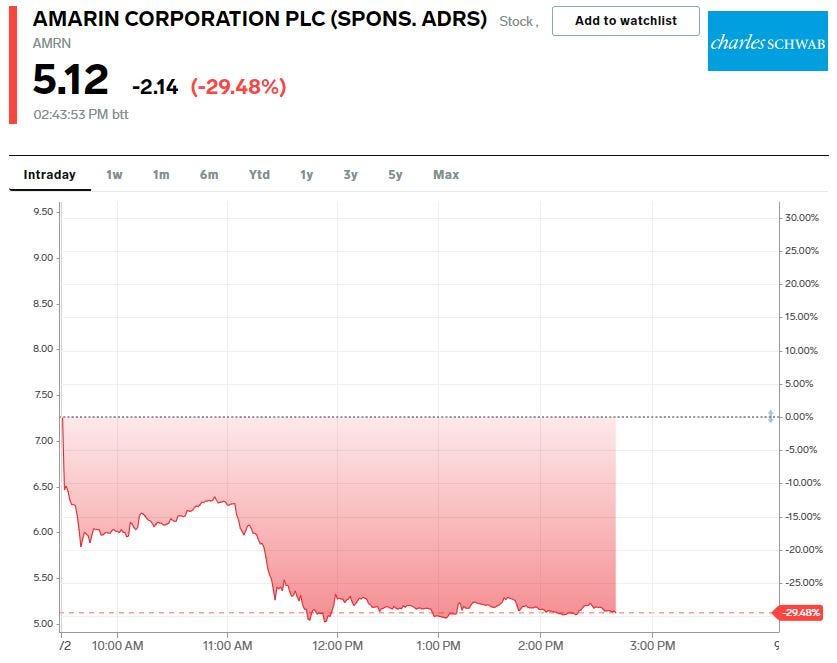