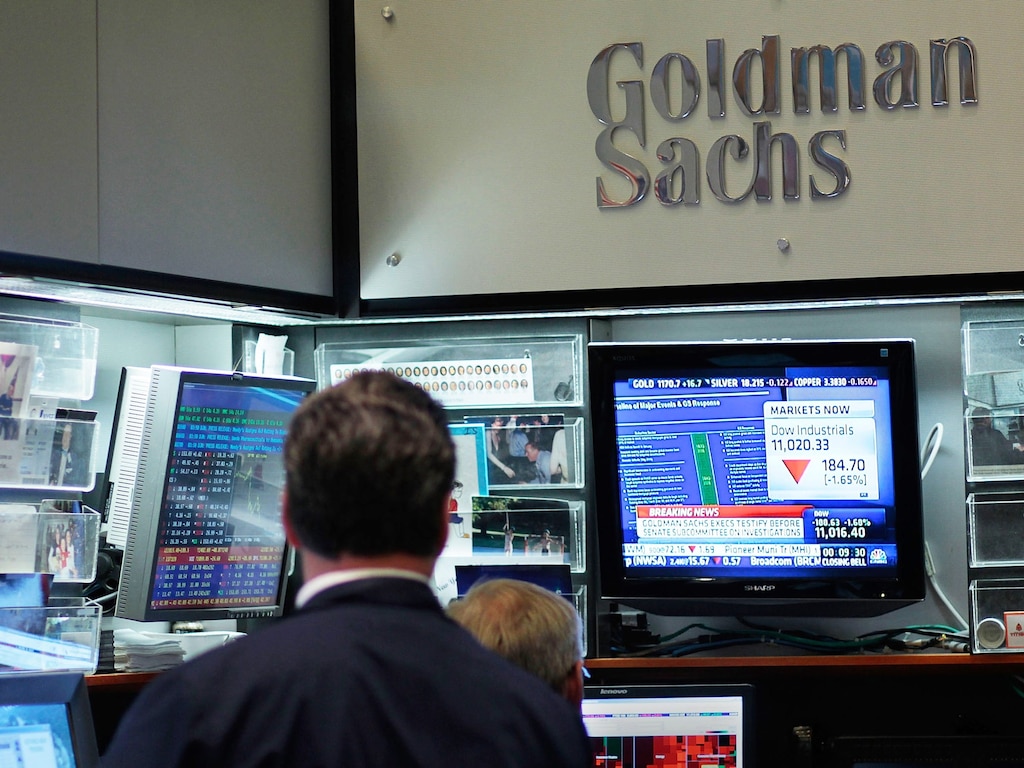 With 90% of S&P 500 companies having reported first quarter earnings, profits are down 13.8% year-over-year, and revenues are up 0.7%, according to data compiled by FactSet.

Here are the four trends worth watching, according to Goldman:

1. “S&P 500 earnings are partially insulated relative to the economy given its large-cap tilt and high weight in non-cyclical industries,” Goldman said. The S&P 500 index’s large-cap nature and heavy weighting to sectors like technology and healthcare have protected it from a deeper decline in earnings. For comparison’s sake, while profits declined nearly 14% for the S&P 500 in the first quarter, profits declined 90% for small caps, as represented by the Russell 2000 index, the bank said.

2. “Online platforms and shifting business models will partially offset the revenue declines in in-person consumption,” according to the bank. With the consumer making up 70% of the US economy, growth has been significantly damaged by lockdown restrictions that barred consumers from physically shopping. But not all consumer spending evaporated, it just shifted online. Goldman said that the coronavirus pandemic has expedited the shift to e-commerce, evidenced by Wayfair’s near doubling in April revenues and Target reporting a near 300% boost in digital sales. Another example offered by Goldman was Best Buy, which reported that it retained 70% of its revenues by enhancing curbside pickup offers despite all of its US stores being closed to customer traffic.

3. “Increased costs associated with maintaining or resuming business activity will continue to pressure profit margins,” Goldman forecast. Companies are reporting an increase in costs associated with the coronavirus as S&P 500 net margins fell by more than 1% in the quarter. Increased costs hitting retailers include increased pay for its employees and additional cleaning of its stores and distribution centers. Amazon in particular said it expects to incur $4 billion in additional costs related to COVID-19.

4. “Several companies noted that revenue-declines stabilized in April and there were pockets of improvement in early 2Q,” noted Goldman. Commentary from company earnings calls is signaling stabilization in revenue declines, especially in sectors leveraged to the consumer such as consumer discretionary, industrials, and technology. Mastercard said it “was starting to see the transition from the ‘stabilization’ phase to the ‘normalization’ phase in some markets.” Alternative data monitored by Goldman suggested consumer spending stabilized at -30% in the first half of April and improved to -20% by the end of April.

Read more: ‘We have a depression on our hands’: The CIO of a bearish $150 million fund says the market will grind to new lows after the current bounce is over — and warns ‘a lot more pain’ is still to come

The bulk of the recovery would be driven by non-cyclical sectors, with “EPS in cyclical sectors unlikely to recover to 2019 levels by 2021,” Goldman said.

The bank also has a downside scenario where the S&P 500’s earnings per share fall to $70 this year and reach just $115 in 2021, however. This downside scenario would be driven by either a slower economic normalization path or because of lingering economic impact after the virus is contained.

Despite the downside scenario, Goldman noted that consensus earnings-per-share estimates remain more closely aligned to its optimistic base case than its downside case. 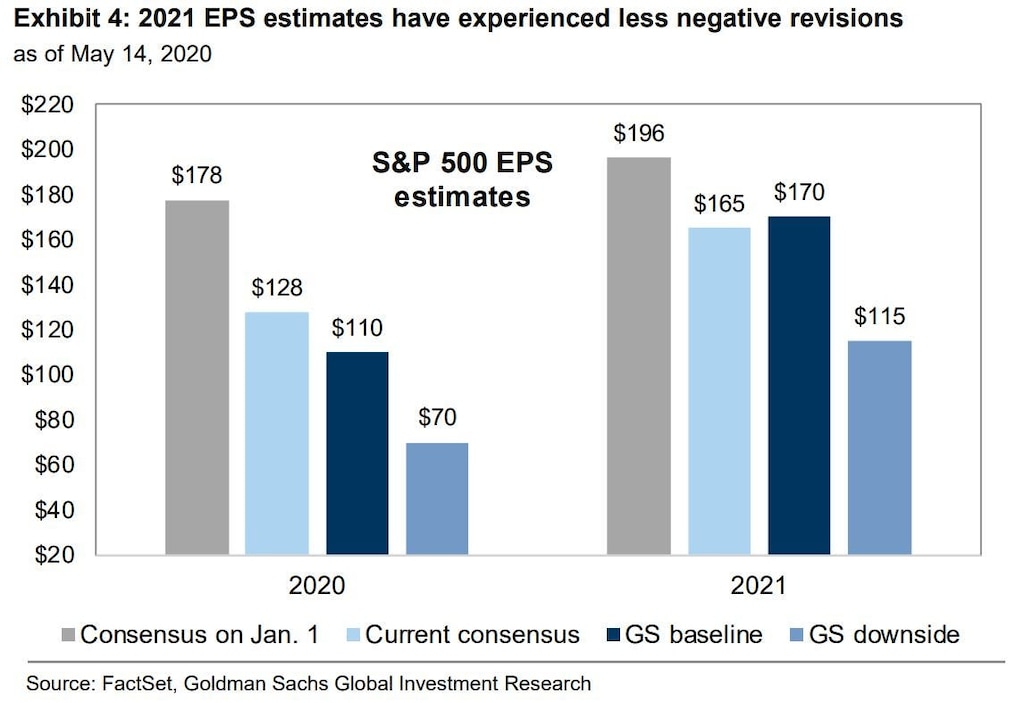 Cancel reply
Self-sufficient Scientists to study sleep, or lack of it, during COVID-19 pandemic
Coronavirus stock Hertz skyrockets 825% since filing for bankruptcy as Robinhood traders pile in (HTZ)

Coronavirus vaccine Hollywood needs a blockbuster hit in China. ‘Tenet’ could be it