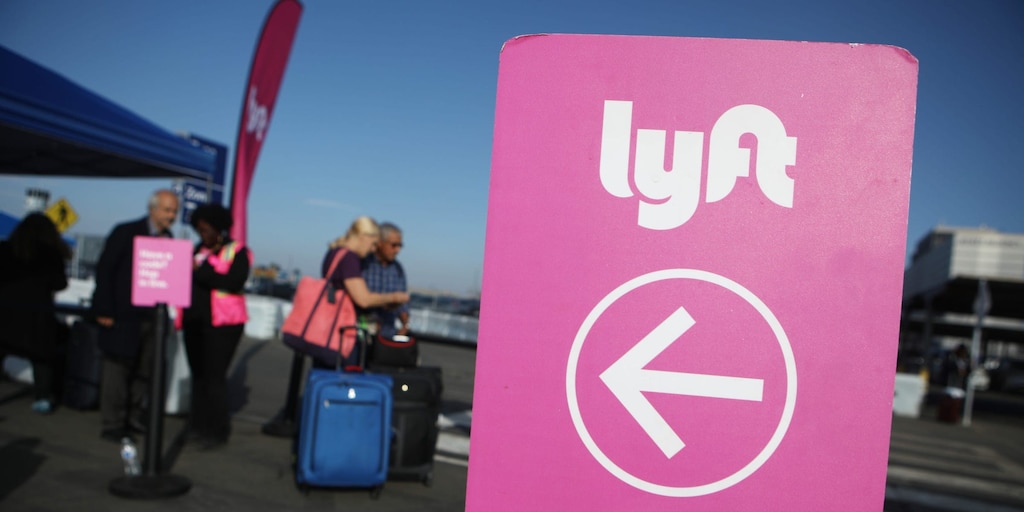 Lyft stock tumbled as much as 6% on Thursday after the company revealed quarterly figures slammed by the coronavirus pandemic.

The company posted its lowest quarterly revenue since 2017 as stay-at-home orders drastically cut down on rides. Active ridership slumped by 60% year-over-year to 8,688 from 21,807.

Still, Lyft beat estimates for second-quarter revenue and earnings, with its bottom line largely bolstered by massive layoffs. Revenue per rider only modestly declined even as ride activity plummeted.

Here are the key numbers:

Read more: Fred Liu’s Hayden Capital has returned more than 100% in 2020. He breaks down the simple strategy he used to pinpoint 2 stocks that grew 10-times within just a few years.

“While rideshare rides in the quarter were down significantly year-over-year, we are encouraged by the recovery trends we are beginning to see, with monthly rideshare rides in July up 78% compared to April,” CEO Logan Green said in the earnings report.

Unlike rival firm Uber, Lyft didn’t have a food-delivery business to bolster sales through the quarter. The delivery segment helped Uber offset its own drop in rideshare activity, but the company ultimately failed to surpass Wall Street’s expectations when it reported figures last week.

Lyft executives followed Uber’s lead in saying it may temporarily shut down in California due to labor disputes. Worker advocates have long called for the rideshare giants to deem drivers employees instead of contractors and issue benefits tied to that title.

Read more: Goldman Sachs explains the biggest factors that will drive returns in all 11 stock-market sectors amid virus uncertainty — and lays out how you should position your portfolio in each one

A state court ruled on Monday that gig-economy firms would need to classify drivers as employees. Uber, Lyft, and other affected companies requested a 10-day stay on the ruling and have warned that shifting their business to accommodate such changes would take some time.

“Lyft cannot comply with the injunction at the flip of a switch,” Green said in a Wednesday analyst call.

On the other side of the spectrum, Morgan Stanley lifted their price target to $34 per share from $31. A suspension in California could eventually benefit Lyft, the bank said, as it could give rideshare companies data for lobbying in favor of California Proposition 22. The initiative, if enacted, would allow rideshare companies to classify drivers as contractors.

Stocks will soar 14% by the end of next year on unyielding optimism, long-standing bull Ed Yardeni says