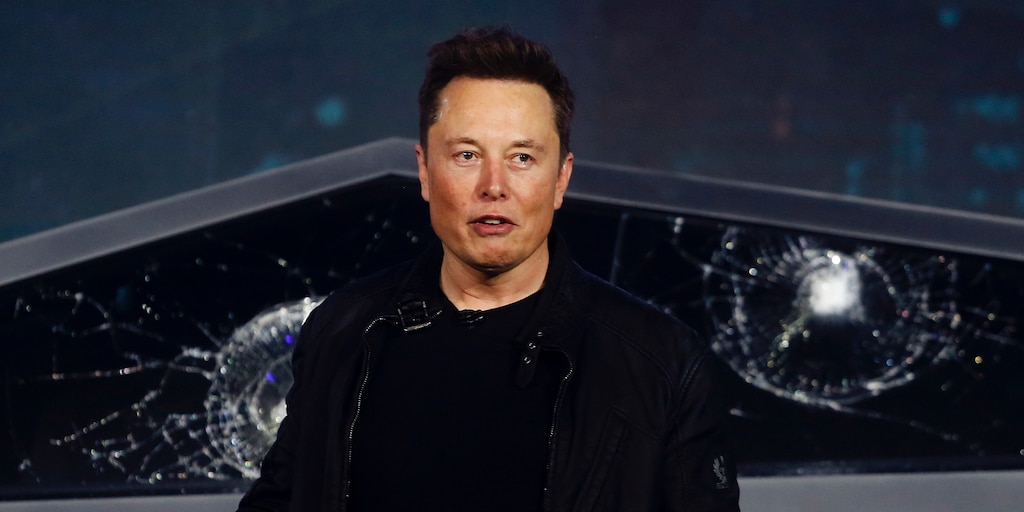 Tesla stock plunged as much as 13% Friday morning, continuing losses from earlier in the day, after CEO Elon Musk took to Twitter to say that shares were too high.Â

“Tesla stock price is too high imo,” Musk tweeted. He also tweeted that he would sell “almost all physical possessions” and own no house.Â

Musk also again called for people to be given back their freedom, and tweeted lyrics from the US national anthem.Â

The messages come just days after Musk went on a rant during Tesla’s first quarter earnings call, saying that shelter-in-place orders in the US are “fascist.”

Read more: Famed economist David Rosenberg nailed the housing crash. Now he explains why this crisis won’t end as quickly as it began, and shares an investing strategy for the next 3 years and beyond.

“Frankly, I would call it forcible imprisoning of people in their homes against all of their constitutional rights, in my opinion,” he said Wednesday. “It’s breaking people’s freedoms in ways that are horrible and wrong and not why they came to America or built this country. What the f—. Excuse me. Outrage. Outrage.”

Musk has long spoken out against the coronavirus pandemic. In March, he said that panic about the outbreak was “dumb,” and this week cheered plans for some states such as Texas to begin reopening parts of their economies.Â

Tesla’s stock price has outperformed the broader market this year, amid the coronavirus rout. Shares are up roughly 87% for the year through Thursday’s close.Â

Read more: Quant megafund AQR explains why investors should be more worried about prolonged slumps than virus-style crashes – and details a 3-part process for protecting against them